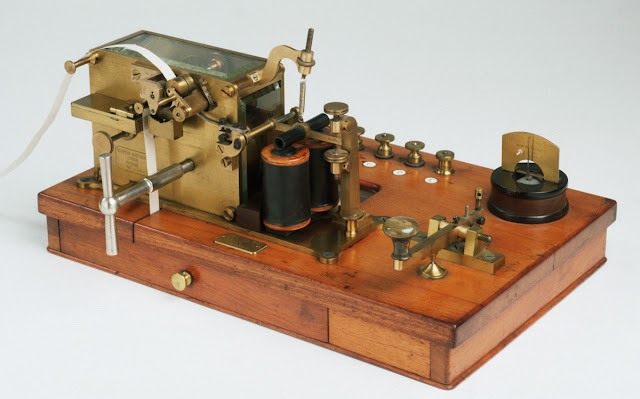 The morse code is actually having a bit of a revival at present and many new radio hams are learning not only the code but discovering the benefits of Samuel Morse,s invention.

If you have been a short wave listener for a while you have probably noticed that sometimes the ham allocations are a little quiet with no S.S.B. activity, but if you tune down to the lower band edges where CW is allocated on many international band plans from radio ham organizations throughout the world you will often hear morse code signals, that's an indication of how morse is a great mode to get involved in when conditions are marginal there's always morse and even when conditions are poor as they are at present morse gives you the opportunity to make contacts.

The sunspot cycle is currently at its minimum period and bands are generally poor but after all that you can make a contact with morse and the great benefit is that morse code sent with low power can reach many hundreds if not thousands of miles away.

Is morse code easy to learn and what is the best method to use to crack the code, if there was a simple answer to this question we would have discovered it by now, in other words, we all learn differently but there are some suggestions here which will help you?

Ham radio clubs often have members who are morse code enthusiasts, many offer their time to help new radio hams learn the code by arranging practice sessions at club meetings, there are many slow morse transmissions for newbies transmitted over the air to help you in your quest.

When I started learning morse I learned the alphabet from a book and practiced listening to it with a Datong morse tutor, remember it takes time to learn anything including mores code.

Learning morse on the web

There are several websites offering morse code generators for you to sit quietly and record the sessions, my advice is to do this often for short periods of time, if you sit too long it's often a backward step because you get overwhelmed then frustration sets in and you have a tendency to go back over rather than forwards, so my advice start slowly learn the alphabet and do little but often.

Get the alphabet under your thumb first ten learn the numbers and then last but by no means least learn the abbreviations.