Ham Radio -  FrameAerial for the Medium Wave.  Ham radio covers many subjects from listening to utility stations to downloading software for the digital modes but how many of you have made an aerial for the medium wavebands or the long-wave part of the spectrum.

You are probably familiar with the theory of radio waves and how to calculate wavelength and dipole dimensions but when it comes to the 150 Kilohertz band many of us would really struggle to get enough wire in the air to make a good aerial. Here is a solution to building aerials for low-Frequency ranges.

It's called a frame aerial and was used successfully when radio broadcasting first started.

Aerial for Wavelengths of 1500 meters plus are out of the question when it comes to constructing dipole but I have made many frame aerials that work very well and allow stations to be heard during the daylight hours when conditions on the medium wave and below are generally inaudible for many listeners.

I start off with a wooden frame or roughly one meter per side a piece of flat wood can be nailed to the corners at ninety degrees to help support the windings which form part of the aerial. Wind about 20 turns of wire around your frame spacing the wire a couple of millimeters apart. Aerial wire of about one millimeter in diameter is ideal for this project.

After you have wound about 20 turns terminate each end of the wire by screwing the ends into a chock-block and secure it to the bottom of the frame. The other 50 turns which I suggest you use to make your frame aerial can be added later and attached in series with the other turns; the extra turns are for greater inductance which you will need for the long wavebands.

You will also need a capacitor to bring the frame aerial into resonance on the medium wave band, I use a three gang capacitor each with a maximum capacitance of around 250 P.F. and you can wire the capacitor in series and parallel to alter the ratio for tuning purposes.

Alignment and tuning of the loop is a trial and error exercise you may need a little more capacitance when connecting your 20 turns to the extra 50 when tuning in stations on the longwave. If you place the capacitor in parallel with the turns connect a short length of coaxial cable to the same connectors the other end of the coax requires a plug to connect into your radio

You can place a single loop of wire around the frame aerial and connect this directly via coax to the receiver it works just as well, this is called inductor coupling.

Once you peak the noise on your receiver turn the frame aerial until the signal gets louder. The good thing about a loop is that it can be turned to null outstations that are weaker but on the same frequency.

Ham radio noise. We all suffer from noise nowadays some of it is natural but a lot is generated from oscillators inside many modern pieces of electronic equipment including TV sets router boxes street cabinets for fiber optic communication.

There are things you can do to reduce the noise in your receiver, use ferrite chokes on leads, keep your aerial center as far away from your house as possible. Think about the thirty amp cable running up the cavity on your outside wall its probably supplying your shower in the bathroom, when its turned on and if your short-wave aerial is near to this outside the cable will emit an electro-magnetic flux which will be picked up by your aerial.

It works both ways, of course, your radiating element placed nearby this cable will pick up your transmissions by the same alternating current principal and induce unwanted interference into your house wiring.

I have experienced most of this noise over 50 years and experimentation has provided me with a number of things to reduce the noise and make Ham radio more pleasurable.

The old principals of erecting your dipole as high and as far away as possible from your house still ring true, try to get the feed point at a good distance from your house walls the center of the dipole is where it radiates most so try to isolate this point.

Dipole and verticals can be noisy when fed with coax cable, if you use coax always use a choke, a 1:1 balun as its often called will attenuate currents flowing on the skin of the coax and reduce noise.

Ham radio noise.  A choke will also reduce pick up from internal house wiring as described above, a balun will also help enormously with getting a good match to your aerial, its often difficult to get an aerial fed with coax to resonate.

An aerial is balanced and around 73 ohms in the center, instead of using coax try twin feeder its available from Ham Radio suppliers often in drums of 100 meters, it works well keeping your aerial balanced, it also has the property of being a lot quieter.

Aerials themselves induce noise into the receiver front end, verticals I have found over the years are the worst due to the fact they are straight up and down they align to the electric house wiring which tends to run in the same plane, its a similar model when we add a reflector to a vertical to increase the gain. Loops are more quiet to use and often Radio Hams will transmit on a vertical and listen on a loop, they don't have the high voltage ends found in a dipole.

Ham Radio-articles. Thank you for your emails and comments about my Ham-Radio website which includes my other hobby of photography and Portrait painting, as requested a list of articles and pages are attached below.

I hope you find these articles useful in helping you start in the fascinating Ham Radio hobby, it's not expensive really as many believe, you can start off with simple homemade transceivers made from a book as I did years back or from one of the many kits available, kits have the advantage of being supplied with all you need to build the project without having to source components yourself.

Ham radio has many fascinating areas to explore from operating with low power QRP through to contest operating to building transceivers and aerial systems, there's something for everyone in this hobby, including airband receiving which is something I did when I first started building receivers. I converted a Pye Westminster AM for the reception of Usworth Airfield, Usworth an RAF base during world war two now is a car factory where Nissan cars are built.

End-fed half wave for portable operation 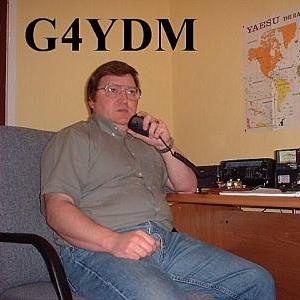 Ham Radio-Portable operation.  One of the great things about Ham Radio is working portable, as soon as someone hears portable being called after the CQ call their ears prick wondering where the station is, I have enjoyed /p as we call it for many years and it never fails to offer some DX especially if you get yourself as high as you can, check out this Terrain map and find local high spots where you can try out this exciting ham radio aspect.  Terrain map

Long wire aerials back at the home QTH are usually noisy and offer little DX due to the fact that many of us live in small urban houses with small back gardens, working portable with a long wire and 9:1 radio un-un opens the world, away from houses in the countryside is the quiet one of the necessary requirements if we are to hear weak distant stations.

SOTABEAMS supplies a suitable drive on mast support together with other useful accessories for going portable.

Many people are interested in working people in various squares around the country, here in the U.K. many radio hams find working different counties interesting and this side of the hobby has a great number of followers not only UK amateurs, but many hams around Europe also look for Worked All Britain squares.  Heres a link to W.A.B.

Some of the best DX I have enjoyed over the years have come from when I was working portable, If you do decide this is an aspect of our hobby that interest you, why not let the team at WAB know where you are going, you will probably work lots of stations especially at a weekend.

High places in your local hills are simply great, no noise and you can hear many stations on bands that you feel are dead back home.

Now if you want some great thrill and excitement consider working portable down by the sea, the conditions near saltwater are excellent, with a simple vertical aerial and a few radials thrown around the base on wet sand by the sea, you will enjoy low angle radiation many more times increase in Db's when operating from the seashore, saltwater provides the best ground plane you will ever achieve, using low power or QRP contacts from the North East of England into the United States have been recorded by many local radio hams.

A fiberglass pole of 10 meters will allow you to erect a half-wave vertical center-fed on twenty meters, this works without radials and I have found that this arrangement works very well and offers the same low angle take off produced by a quarter-wave aerial arrangement.